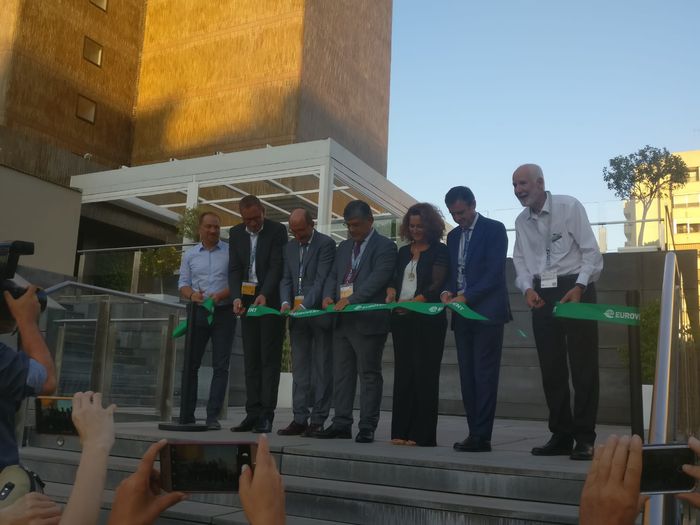 Through the resolution finalized in Eurovent Summit 2018 which took place in Seville, Spain, on 25-28 October 2018, the next organization will take place in Antalya, Turkey. Eurovent Summit is organized every two years by Eurovent Association. ISIB was represented in Sevilla by Murat Bakanay and Cem Savcı. This year, Turkish HVAC&R Exporters Association was the Connectivity Partner in the Eurovent Summit for the first time. The next organization in Turkey will thus provide huge opportunities for the Turkish HVAC&R sector. Sponsoring such events is also very beneficial in ensuring the good reputation of Turkish HVAC&R Sector and has played a crucial role in the resolution to hold the next event in Turkey. Turkish firms were active participants of the committees during the summit and representatives had a chance to come together with hundreds of sectoral representatives from accross the World.
EUROVENT represents many associations and producers accross Europe including the European Union and beyond. Since its establishment, EUROVENT has played an important role to bring together the European HVAC&R Industry, reduced commercial barriers and played an active part in shaping the legislation and standards.
The opening speech of the summit was delivered by Mr. Naci Şahin, Eurovent term president, stated that this is first time Turkish HVAC&R Exporters Association sponsored the summit, which is one of the biggest organizations in the sector, and the next summit in 2020 will take place in Antalya, Turkey. Mr. Şahin said this will be a very important opportunity for the Turkish HVAC&R sector.
Mr. Şahin also stressed that hundreds of sectoral representatives attend the summit and in this sense Eurovent is assuming an important mission in the sector. Exchange of opinions on product groups as well as the latest developments in the sector, according to Mr. Şahin are also important aspects of the summit. Mr. Şahin concluded his remarks by adding that they were happy with the interest of participants in ISIB and Turkish HVAC&R sector in general.
One of the key points of discussion at the summit was the potential of the Middle Eastern market for the sector. The participants also discussed the need to increase the reputation of European products in international markets, what needs to be done for entering into the new markets with Eurovent products, what has been done so far in the Middle Eastern market, the establishment of a new structure and final progress plans.

This website uses cookies to improve your experience while you navigate through the website. Out of these cookies, the cookies that are categorized as necessary are stored on your browser as they are essential for the working of basic functionalities of the website. We also use third-party cookies that help us analyze and understand how you use this website. These cookies will be stored in your browser only with your consent. You also have the option to opt-out of these cookies. But opting out of some of these cookies may have an effect on your browsing experience.
Necessary Always Enabled
Necessary cookies are absolutely essential for the website to function properly. This category only includes cookies that ensures basic functionalities and security features of the website. These cookies do not store any personal information.
Non-necessary
Any cookies that may not be particularly necessary for the website to function and is used specifically to collect user personal data via analytics, ads, other embedded contents are termed as non-necessary cookies. It is mandatory to procure user consent prior to running these cookies on your website.
SAVE & ACCEPT