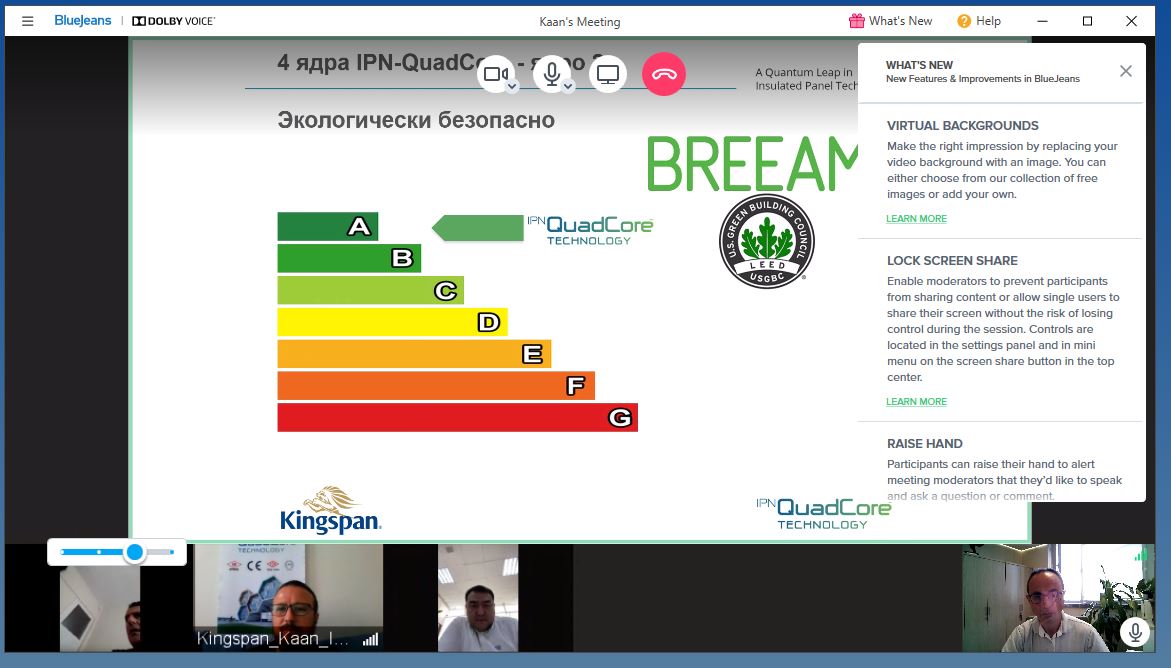 On 15-16 September 2020, Turkish HVAC&R Exporters’ Association (İSİB) organized the first ever virtual delegation to Kazakhstan, where 226 one-on-one meetings were held for 150 hours.

The virtual delegation visit attracted 22 companies from Turkey and 74 from Kazakhstan. 392 officials exchanged remarks on development and continuation of commercial relations.

The Virtual Delegation Organization started on 14 September 2020 with an introductory briefing session attended by H.H. Ufuk Ekici, Turkish Ambassador to Kazakhstan, Nursultan Commercial Counsellors Mr. Selçuk Oktay and Mr. Erk Oyal, Almaty Trade Attaché Mr. Osman Boztepe, İSİB Chairman Mr. Mehmet Şanal, İSİB Board Member and Head of the Vitual Delegation to Kazakhstan Mr. Levent Aydın accompanied by the representatives of the participating companies. 226 bilateral business talks were held on 15 and 16 September. Meetings were held via Zoom, and each one lasted for 40 minutes, amounting to a total of 150 hours.

Reiterating the importance of the event as the first of its kind for the Turkish HVAC&R Exporters’ Association, İSİB Board Member and Head of the Vitual Delegation to Kazakhstan Mr. Levent Aydın made the following remarks on the event: “We have had a very productive virtual delegation meeting with our partners in Kazakhstan, and it has definitely met the expectations. The meetings and talks, which were originally planned for two days, lasted for four days. Each company had on average 10 talks during the event. We also received positive feedback from our counterparts in Kazakhstan. We will measure how productive the event was through surveys and one-on-one meetings in the next 15 days. As HAVC&R industry products are mainly investment goods, we expect to see the true impact of this event in the next 6-12 months. After a year, we will have a fuller Picture on the true value and volume of the virtual trade delegation to Kazakhstan. İSİB’s ultimate aim in organizing such virtual delegation meetings is to re-boost the pandemic-stricken commercial ties, and to increase our sales volume again.