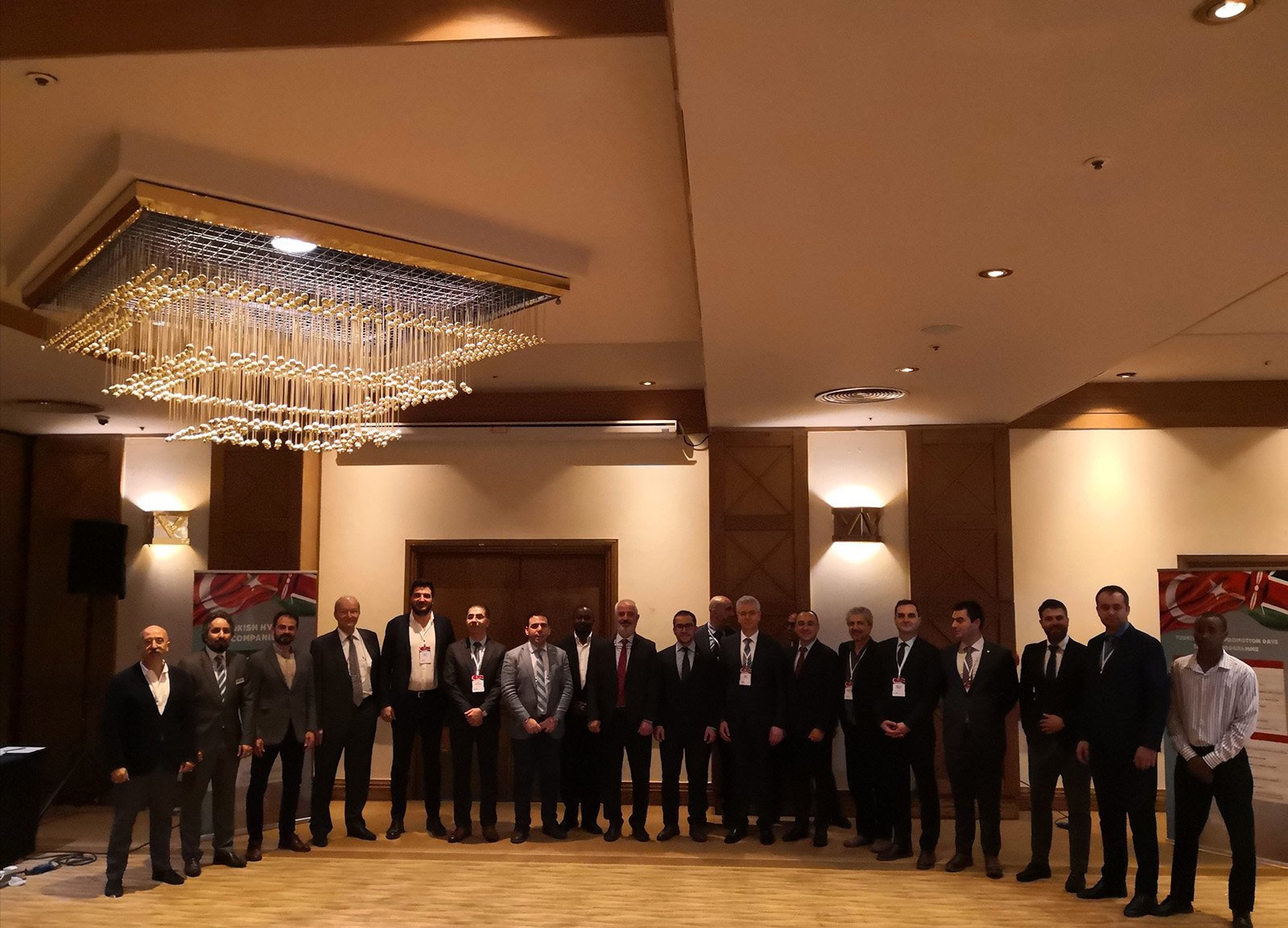 Turkish HVAC&R Exporters’ Association (ISIB) organized HVAC&R Promotion Days in Kenya, which is one of the target markets for expanding the export market and setting the bar even higher. The event took place in Kenyan capital Nairobi and lasted for 2 days. As part of the organization, B2B meetings and introductory seminars on Turkish HVAC&R sector covering 12 different topics were conducted. The ISIB team was chaired by Mr. Levent Aydın, Member of ISIB Board of Directors. Mr. Cem Savcı and Mr. Ayk Serdar Didonyan, Members of ISIB Board of Supervisors, also accompanied the delegation during the Kenya Sector Promotion Days. The organization was also honoured the presence of Mr. Ahmet Cemil Miroğlu, Republic of Turkey Ambassador to Nairobi, and Mr. Mahmut Burak Ersoy, Undersecretary for the Embassy of the Republic of Turkey in Nairobi, who also attended the Gala Dinner as part of the organization. Mr. Maurice O Akech, a high-level official from the Kenyan National Construction Authority (NCA), which is the top authority for construction and urbanization in Kenya, also delivered a speech on Kenyan HVAC&R Sector.

Mr. Levent Aydın, ISIB Board Member, highlighted in his speech that Turkish HVAC&R Exporters’ Association (ISIB) has made some significant advances towards the African markets in the previous year, and that trade delegations and promotion events will be organized in 5 more African countries in 2020. Mr. Aydın also said that the African economies are currently enjoying an upward trend: “when we look at the growth rates of African countries, we can see that African countries achieve a growth rate of 5% and more. The figures are humbler for the HVAC&R sector, yet we a great potential here. In other words, if we want to be present in the growing African markets in the next 5 to 10 years, we must already start taking some serious steps towards that end.

Mr. Aydın also made the following remarks on the Kenyan market: “There has been great interest in our promotion days despite that fact that it coincided with a funeral of an important statesman. Kenya’s share in our exports worldwide is only %2.54, which is very low. We must continue with organizations like this and increase this figure to around 5%. Currently China and India dominate the Kenyan market. There is no reason why Turkey cannot be the 3rd country after these two. We are working hard to achieve this”.

ISIB representatives and Kenyan businesspeople also held B2B meetings during the 2-day event. In total, 300 companies attended these meetings. The training seminars also attracted significant interest, with 300 people attending the first day of trainings, and 250 attending the second day. The trainings covered 12 different topics including air conditioning plants, cooling systems, cold chain and air filters, among others. Mr. Aydın also said that there was great interest in the Gala Dinner.

Speaking after the event, Mr. Cihan Coşkun from Cvsair Inc. said that the Kenyan HVAC&R Promotion Days organization by ISIB has been very beneficial for the company, referring to the high number of participants and overall quality of the organizations.

Mr. Coşkun said the company is already involved in business in Africa: “These organizations are very helpful for adding new markets to our portfolio. All companies can conduct business in Europe and the Middle East. On the other hand, in places like Africa, South America and Far East, this kind of organizations prove very advantageous for us, which is why we highly appreciate such endeavours. Mr. Gökhan Eroğlu, Regional Director for Venco Ventilation Inc. said that more than 500 people registered for the 2-day event. The rooms had a capacity of 80 people, yet the sessions were attended by 100 to 110 people, which is another indicator of the interest in the event. The organization was also successful, according to Mr. Eroğlu, in terms of advertisement and overall quality: “Venco Inc. had talks with around 35 companies. 85% of the people we talked to were from companies with expertise in mechanical engineering and mechanical contracting who procure, use or trade our products.” Mr. Eroğlu also said that the participant profile was also very relevant, and that ISIB professionals continue to set the bar higher for each organization.

Mr. Ünal Abuşka from Arçelik Inc. said that the company is managing its operations in Africa from South Africa: “Kenya as among our target markets for HVAC&R Products in 2020. We conclude that ISIB is also on the same page here, now that they have done this organization. I can easily say that Kenyan market has the highest potential in East Africa.” The organization was very productive for Arçelik Inc., which had meetings with 25-30 companies, and had a chance to collect detailed information on the market and potential areas of cooperation in the future: “It is very difficult for companies to do such organizations on their own due to time and cost restraints. Therefore, Kenyan HVAC&R Promotion Days organized by ISIB is very important for the HVAC&R sector and increasing our country’s exports”.

Last but not the least, Chairman of Etkin Conglomerate Mr. Fevzi Durgun stated that they are the only Turkish contracting company attending the promotion days: “as we are a contracting company, we have to be in the country where we are going to conduct business. Therefore, we follow this kind of organizations with great attention and eagerness. For us, this is a very interesting market that deserves attention. Kenya has an educated population, has a developed infrastructure and has a central position. For these reasons, it is definitely on our of potential markets.”

Mr. Fevzi Durgun also said that the organization was very successful in terms of announcement and planning, and that this was the main reason behind the high interest in the event.